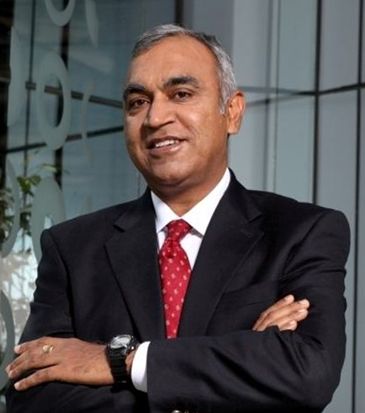 
As President of Apollo Tyres, Satish Sharma guides strategy and oversees the implementation of key functions like manufacturing, sales and marketing, customer relations and profitability in Asia Pacific, Middle East and Africa. A member of the company’s Management and Supervisory Board, he is a man who prefers taking challenges head-on. He is credited with Apollo’s steady sales growth, in the last few years.

Satish Sharma began his career with JK Tyres, moving very soon to the position of a Manager, where he was responsible for brand and product management, planning and development, advertising and sales promotion, market research and after-sales service.

He joined Apollo Tyres in 1997 as a Product Manager and was gradually promoted to the position of Chief, Marketing. Sharma's eye for new products and market strategies has contributed consistently to the company’s progression. Known for his innovative marketing initiatives and exceptional leadership qualities, he continues to mentor and coach business units within the organisation. Satish took over as the Chief, India Operations for Apollo Tyres in April 2006. In early 2014, he was redesignated as the President for Asia Pacific, Middle East & Africa region, and was inducted to the Board as the Wholetime Director in March
2019.

An avid sportsperson, who is extremely passionate about his fitness, Sharma enjoys golf and running. He actively participates in the half-marathons held every year. Apart from sports, he loves challenging crossword puzzles and travelling with his family.

All rights reserved © 2019 Rubber Board.